Get the Inside Story!

As FBI and District Attorney indictments of public servants and drug dealers just keep coming, now comes the inside story. One mayor’s quest for honest government uncovered a tangle of corruption that only a higher power could put right.

This is the breaking story of how politicians, government officials, developers, cannabis kings, and their suppliers bought and sold a county, bankrolled by public funds, political donations, and pallet loads of cash from cannabis moguls growing the most valuable crop in the nation.

This book brings out the reader’s inner sleuth whether spellbound by the true crime story, seeking the inside scoop, or wanting to beat city hall.

Real-life examples of how ordinary people saved their communities reveal what excellence in government looks like, and what it doesn’t look like.

This mayor’s story of public corruption will help communities ensure they aren’t the next happiest corruption in America. 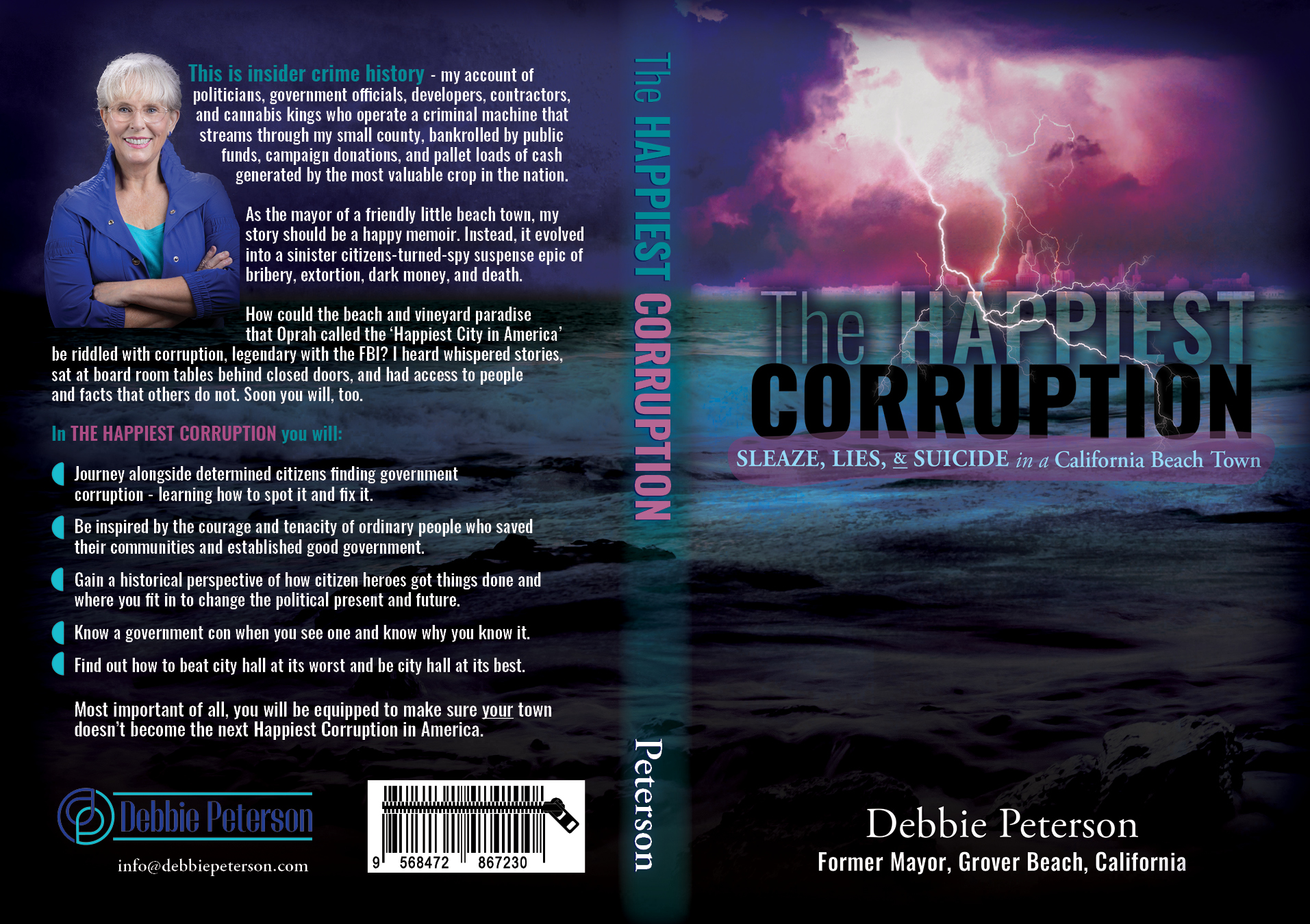 Check out Debbie’s course for elected officials and for those who elect them – practical guidance on how local government works and how to get things done. 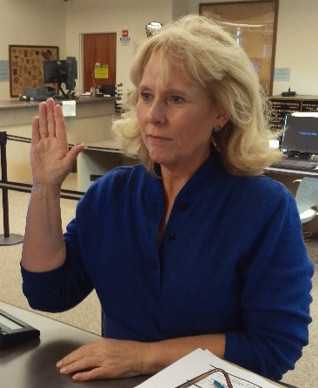 A former mayor, council member, and planning commissioner, Debbie Peterson works on both sides of the dais as an advocate for good government.

Debbie’s award-winning businesses include retail cafes, specialist bakeries, a trucking company, and distribution outlets in Scotland and London that grew to ninety-five employees and $7 million in annual sales in 1992 and now more than 500 win-win transactions as a real estate broker.

Winner of journalism awards in high school as the editor of her high school newspaper, Debbie studied journalism and radio-tv, completing a BSc in Communications with a major in Public Relations from California State University, Fresno, and the University of Idaho.

After graduating from college, she helped her mother launch The Brownie Baker, co-edited a book on Christian lay leadership, and moved to Scotland for 20 years.

Before launching her award-winning company modeled on her mother’s successful wholesale bakery, she worked for two advertising agencies and a bank as a marketing and public relations executive. Debbie’s was the first company to successfully launch American-style cakes & cookies in Great Britain, for which she was made an honorary Scottish Master Baker by the Scottish Association of Master Bakers (est. 1891).

“Debbie’s business was one of the outstanding successes of the Glasgow University entrepreneurship program. She won national recognition and was sought after as a coach to start-up companies and as a speaker at conferences and business schools. She is a Star!” 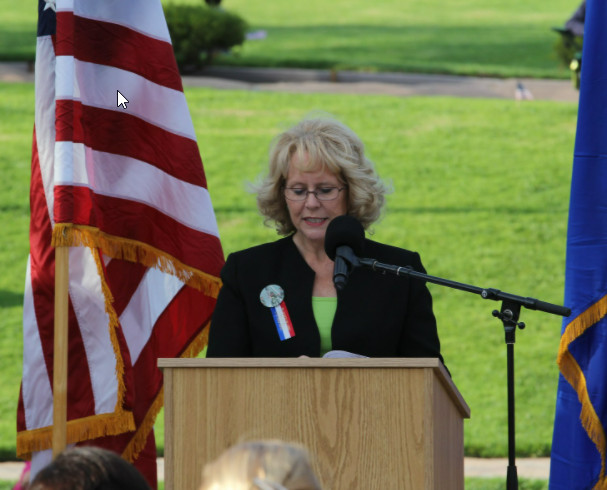