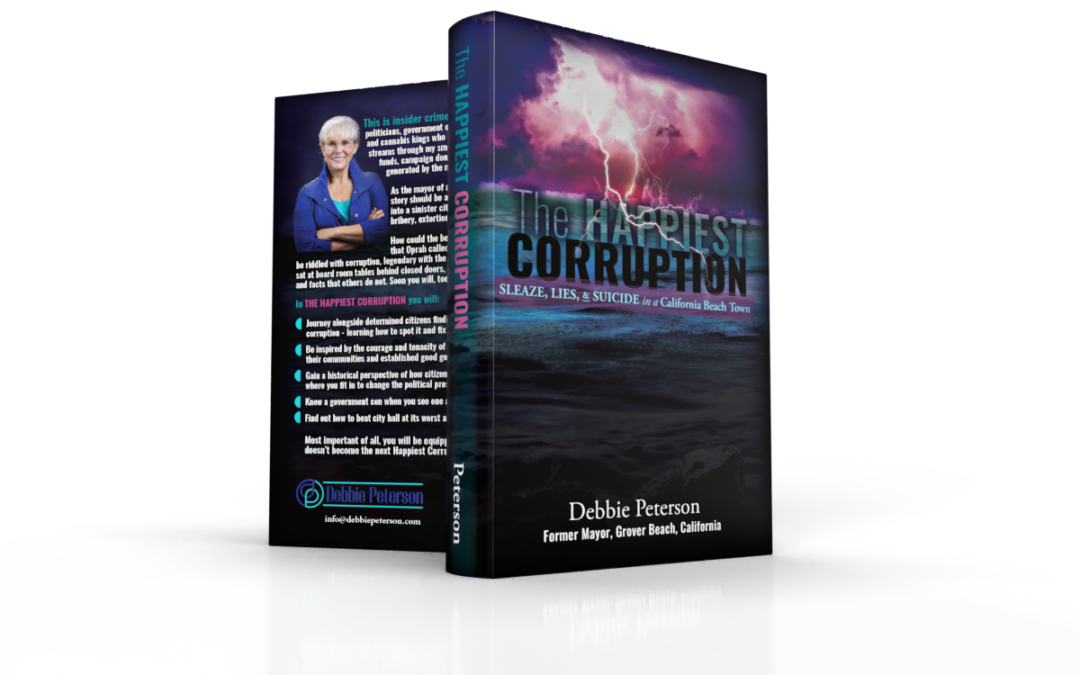 Today is the official launch of my new book, THE HAPPIEST CORRUPTION: Sleaze, Lies, & Suicide in a California Beach Town, available on Amazon as a paperback or e-book.

It’s the true-crime story of the corruption I found when I was voted the first directly elected mayor of my town. I wrote it because after fifteen years of advancing transparency and best practice in local government, I found that corruption had gained such a stronghold that there was nothing more I could do to fix it.

The only chance I had of taking it down was to tell the story along with a prayer that higher authorities would act and that the public, who didn’t understand or know about it, would grasp why they must take action to protect their community.

Anyone who cares about the quality of life in their hometown will find it a good read and an example of how they can be sure their city doesn’t become the next happiest corruption in America.