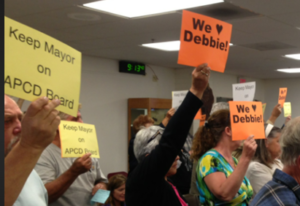 Every day in cities and towns across the U.S., ordinary people are proving # that democracy CAN still effect positive changes and make society better.

#Activists are making their voices heard. They’re opening up local government, so it’s more transparent. They’re demanding that elected officials and their institutions be more responsive to people’s real needs.

And local elected officials are making government work better, as well. Mayors, town and city council members, county supervisors, and others are turning things around. They’re shining a spotlight on #corruption to end it. They’re finding creative solutions to problems that have gone unsolved for too long. And they’re improving the quality of life for their constituents.