I Got a New Vocabulary 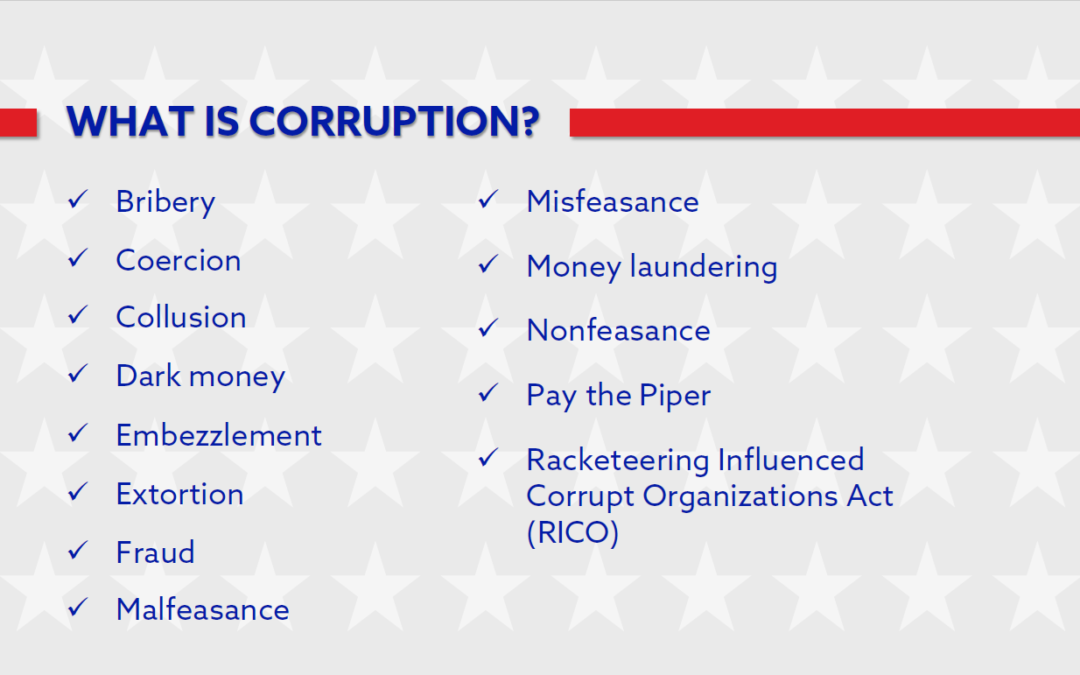 At first I didn’t have the vocabulary to describe what I was finding. The deeper I dug the worse it got. It wasn’t long before I found the words to describe activities. Over the next few posts I will illustrate my new vocabulary with examples. I will start with Pay-to-Play.

In politics, pay-to-play is the exchange of something of value in return for political favor. A financial institution might make a campaign donation in exchange for the opportunity to bid for or be awarded a government bond issue. In construction, it might be gaining government contracts, or getting favorable planning decisions.

The “pay” transaction may take the form of campaign contributions to public officials, donations to the official’s favorite charity, or benefit to an official’s family member in return for a political or financial benefit such as influence over legislation, political appointments or nominations, or easier access to political leaders.

I can’t reveal the details that the former mayor from the last blog gave to me about an unnamed source who had a pay to play story about a planning department, but I can suggest a way to investigate it. If you suspect that favorable planning decisions are being made for applicants who use a certain contractor or are denied for those who do not use the contractor, or both, make a Public Records Request for who the contractors were for projects and then analyze the outcome. If you find that only those who used a certain contractor were approved and none of those who did not use that contractor were approved, you might be looking at a ‘Pay-to-Play’ setup. The next step would be to investigate the relationships between the favored contractor and the public agency.

In my next post I will tell you about ‘cash for permits’ allegations.