Irony. Karma? Call it either. Call it both. 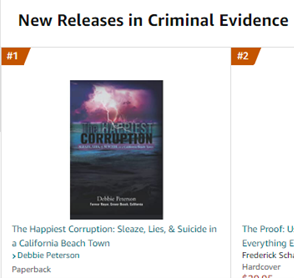 The ability to synchronize the machinations of the court system and the Amazon publishing world is well beyond my control, but on May 27, 2022, the day the cannabis king was sentenced for bribing a county official, my book about it was published. Within two days the book was the #1 new release in Criminal Evidence AND sold out on Amazon! On day four when it was back in stock, it hit #1 Hot New Release in the Amazon Local Politics category.

The cannabis king’s companies do a lot of advertising in the local daily newspaper and the paper didn’t report all of the judge’s comments, but the judge who sentenced the cannabis king seems to agree with the title I chose for my book, THE HAPPIEST CORRUPTION: Sleaze, Lies, & Suicide in a California Beach Town

In the following excerpt from their article on May 28, 2022 CalCoastTimes reporters Karen Velie  and Josh Friedman gave the unabridged version of the Judge and U.S. Attorney’s remarks.

Dayspring’s attorney Sandra Brown Boodner argued that the defendant was a hard-working man who gave back to the community. Brown Boodner said that Dayspring had donated toys for children and turkeys to the poor. She argued that aside from tax fraud and bribery, Dayspring did nothing illegal.

However, Assistant U.S. Attorney Thomas Rybarczyk questioned the claim that besides the two counts against him, Dayspring did nothing illegal. 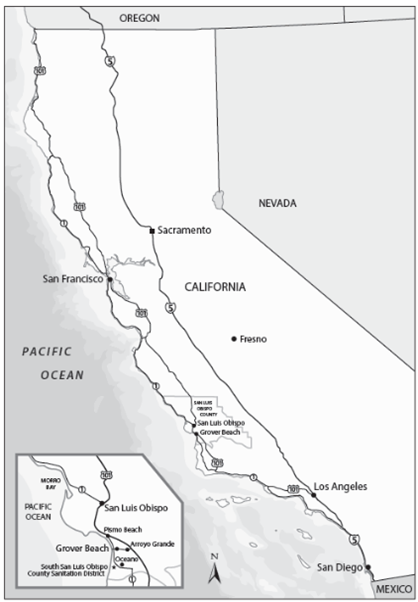 “He cheated on his taxes for more than four years, which he spent on his business,” Rybarczyk. “Defendant was a cold, calculating businessman who sought to bribe and cheat his way to a cannabis empire.”

Judge Birotte reminded Brown Boodner about Dayspring’s attitude that, “It’s a Monopoly game. I’m going to take out the competition.”

“What he did strikes at the very core of our government,” Judge Birotte responded. “No matter what you say, it is all white noise to people who say San Luis Obispo County is corrupt.”

Brown Boodner argued that Dayspring, an unsophisticated man, followed Hill’s direction in hiring a consultant and an attorney who led him down the illegal path.

Even though Dayspring admitted to attempting to bribe former Grover Beach Mayor John Shoals, Dayspring did not provide enough evidence to incriminate Shoals, Rybarczyk said. Much of the alleged information Dayspring provided prosecutors did not help the federal government with their investigation, he added.

“He had his hands in the political cookie jar,” Rybarczyk said. “He wanted to be the cannabis king,”

For more of this story of small town misconduct and white collar crime, revealed by whistleblowers and concerned citizens go to THE HAPPIEST CORRUPTION: Sleaze, Lies, & Suicide in a California Beach Town