Turn YOUR Town Around

Debbie is thoroughly familiar with the workings of municipal government, its issues, and pressing fiscal challenges. She has worked on both sides of local politics as an advocate for good government.

Debbie earned a B.A. from the University of Idaho and was named Scottish Young Businessperson of the Year among other accolades. Her local bakery in Scotland grew to $6m annual income in three years. In addition, Debbie is a residential real estate broker who has negotiated over 500 win-win transactions.

With intelligence officers and auditors as family role models and her background as an investigative journalist, Debbie learned how to get things done. Debbie shares democracy as a participative art that transforms communities through communication. Her practical, multi-faceted, and creative strategies foster well-governed communities.

WHAT OTHERS ARE SAYING:

“Debbie’s business was one of the outstanding successes of the Glasgow University entrepreneurship program. She won national recognition and was sought after as a coach to start-up companies and as a speaker at conferences and business schools. She is a Star!”

Debbie can adapt to the needs of specific audiences. Contact Debbie for More.
Info@DebbiePeterson.com or 805.550.4490

“I didn’t think anyone still had integrity, self-worth, and honesty. Debbie Peterson is the poster person for all of those.”

“Debbie Peterson is civic-minded and has pledged countless volunteer hours to work on city councils and other community service organizations.” 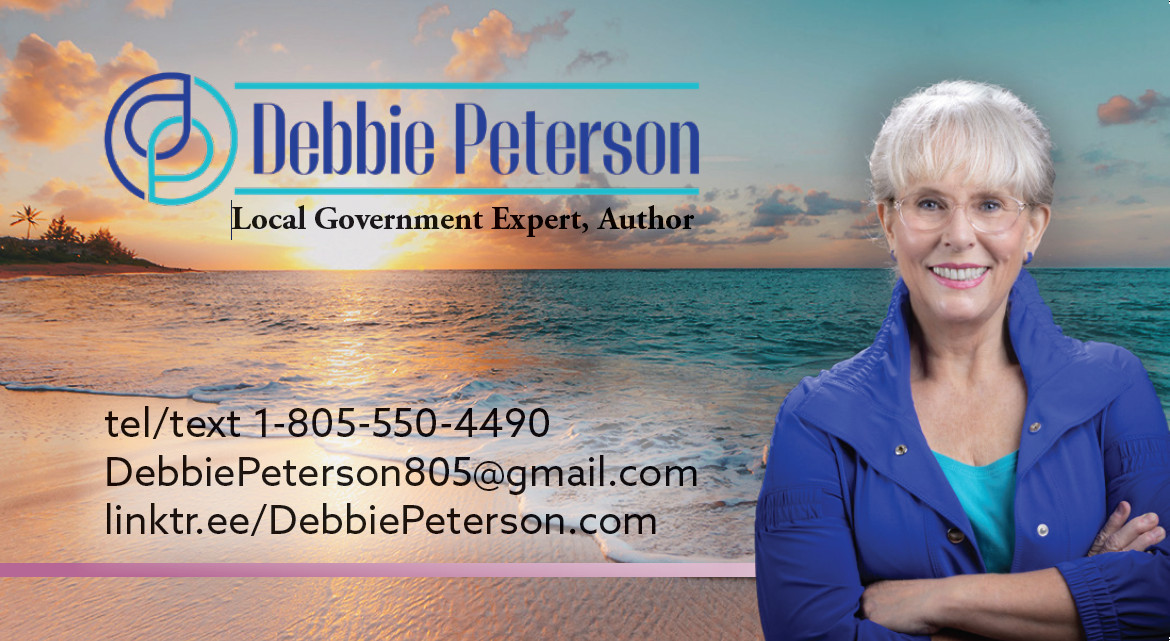