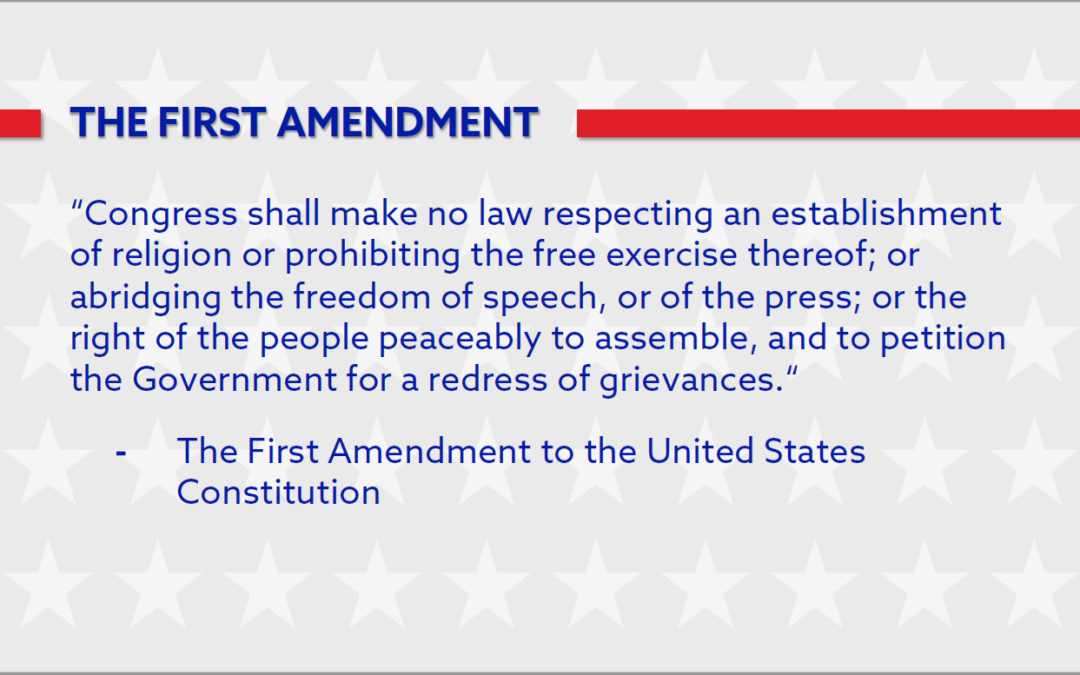 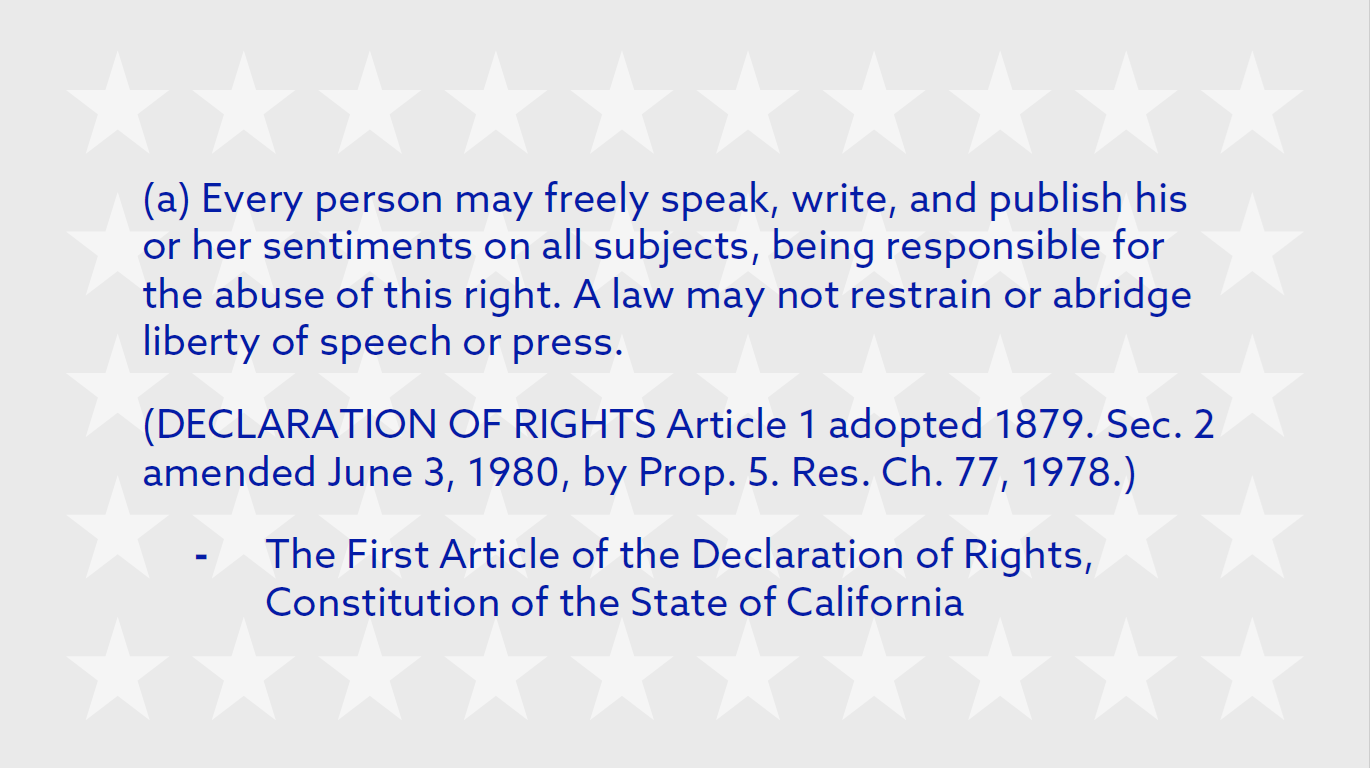 As my friend, the constitutional attorney says, “There’s a reason the First Amendment is the FIRST amendment in both our state and national constitutions!” It is the most important. That reason has a lot to do with the tyranny the founding fathers were escaping in forming our country. They were seeking freedom from rulers who gave them no say in their taxes, no religious freedom, no ability to speak their truth.

In government meetings you cannot tell people how to behave. You can only curb behavior that disrupts the meeting. This is an area where people often confuse the amendment’s application.