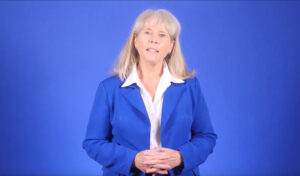 After launching and running a successful multimillion-dollar business in Scotland, I came back home to the U.S. and began my career as a real estate broker. As a broker, I’ve negotiated more than 500 win-win transactions.

All that experience served me well when I became an elected representative. I’ve served as a planning commissioner… a council member… and the first woman to be directly elected mayor of Grover Beach in San Luis Obispo County, California.

You might have heard of San Luis Obispo. Oprah Winfrey once called us “the happiest city in America!”

But our beautiful beach town was riddled with corruption.

In my work as a public official, I partnered with a broad coalition of citizens to root out bribery and embezzlement totaling millions of dollars.

We pushed dysfunctional boards to do the jobs they were MEANT to do.

I learned lots of lessons—some of them very difficult—about how to spot, fight, and FIX corruption… how to get elected officials’ attention, how to hold them accountable… and how to make local government work for EVERYONE, not just the well-connected or those with the fattest wallets.

I want to share what I know with YOU so YOU can be a more effective advocate, activist, or elected official.

A commitment of just six hours will teach you what you need to know to make real change in your community through local government, whether you are an elected official, or a concerned member of the public. Six hours will shave six years off your learning curve.